Livingbridge’s Manchester team welcomed friends from the North West’s corporate finance community for a dinner this month to celebrate 100 deals since the private equity firm opened in the region.

Livingbridge, founded in 1995, opened its first office in Manchester in 2002 at Colwyn Chambers. The team is now over 10 people based in historic 82 King Street and working across the UK, investing between £2 million and £40 million in growing businesses.

The dinner – hosted at the new King Street Townhouse hotel – marked over 100 deals done by Livingbridge since the mid-market firm opened in Manchester, as well as being part of celebrations across the UK of Livingbridge’s investment in 100 different companies, the most recent being Thomas J Fudge’s, baker of ‘remarkable’ biscuits.

Highlights since Mark Advani and Pete Clarke opened the office have included the investment in Americana – the firm behind Bench clothes – who generated a return of eight times, and TravelJigsaw – now part of global brand Rentalcars.com.

The team was strengthened 10 years ago with the addition of Matt Caffrey and James Titmuss and now also includes Mo Aneese, Nick Holder, Oliver Mauldridge and John Butterfield.

Simon Lord, Managing Director at Altium Capital said: “100 PE deals is a great achievement and there is some outstanding quality on your list.” 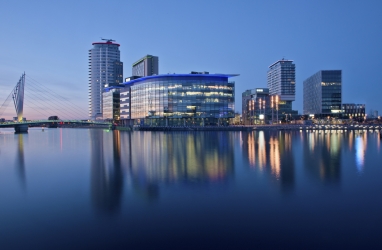