Bistrot Pierre, the French restaurant group backed by Livingbridge, has confirmed its latest site opening, in Coventry, as well as an official opening date for its new Southport bistrot.

The new Coventry bistrot is due to open in summer 2018, located at Cathedral Lanes shopping centre, and will have space to welcome 124 diners and in the North West, Bistrot Pierre can officially announce that it will be opening its Southport restaurant on 17 November. 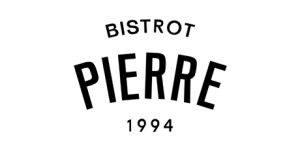 “We’re already established in both the North West and the West Midlands so have built a following of dedicated diners in these areas and we look forward to more people trying our food and seeing what we have to offer in a bistrot local to them.

“Our Southport bistrot will be opening its doors in just under a month; we will be located in a prime position in the town centre – Lord Street – and will have space for 140 customers.

“We’re excited to be opening two more restaurants in the UK, bringing our classic French bistrot style of cooking to Coventry and Southport.”